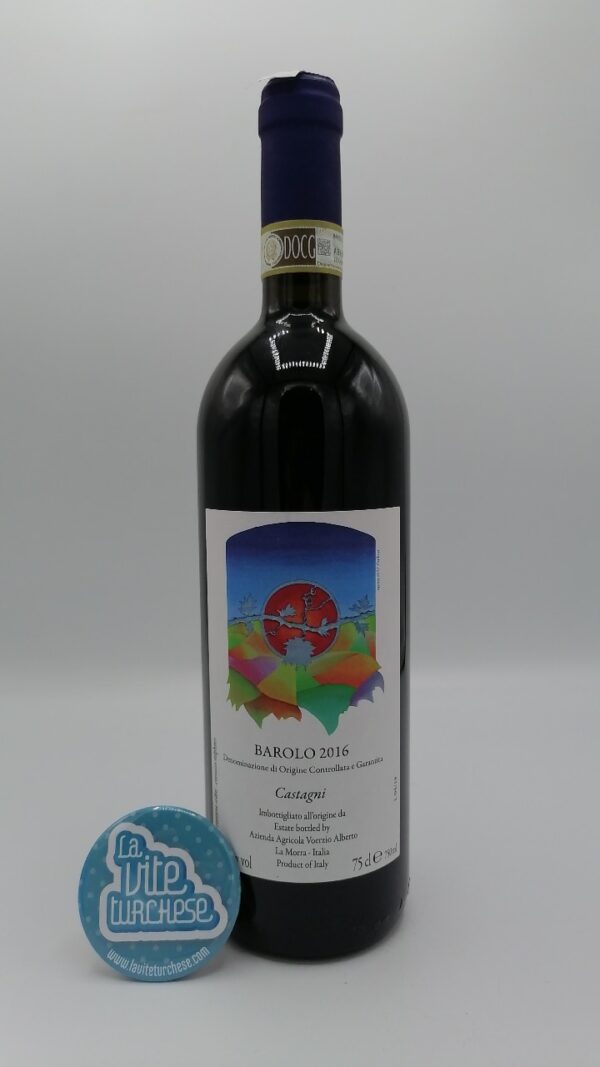 The grapes come from a small plot located in the cru of Castagni at La Morra, the soils are sandy but with vineyards in good exposure where each plant makes 500/700 grams of grapes per bunch in order to have more concentration in the berries. Both alcoholic and malolactic fermentation are spontaneous and last 12/15 days, the must is pumped over and racked several times before being aged in barrique (used) for 24 months followed by 8 months in steel tanks before bottling. Due to the great vintage, the result is a wine of shameless elegance with great fruity notes, deep with great freshness where in the final pervades a discreet acidity and soft tannins.

Productive Notes: spontaneous alcoholic and malolactic fermentation with manual pumping over and racking. Aging in used barrique for 24 months, plus 8 months in steel tanks.

A surname, a guarantee. The story of Alberto Voerzio has matured over the years in the village of La Morra, one of the areas for the production of Barolo, thanks to his interest in the art of making wine following the footsteps of his legendary cousin Roberto. After his studies in Alba and various experiences in Burgundy and Bordeaux, in 2002 he had the chance to buy and replant a nebbiolo vineyard in the cru of La Serra starting his activity which saw the first production in 2006 with only 399 bottles of Barolo. Today the winery owns 4 hectares (12.5 acres) divided among many plots of land in the commune of La Morra, in which vineyards are 10/40 years old for a quantity of 20000 bottles per year. Great seriousness in style, it follows the vine in its vegetative cycle preserving the taste of tradition combined with a very genuine respect for the environment with biodynamic methods even if not certified. Each plant has a yield of 1 kg or less per bunch, which together with the incessant work in the cellar with spontaneous vinification and the use of used barrels, guarantee absolute quality levels, so much so that it has become a sought-after producer for connoisseurs. “Little but precious” would be the perfect slogan.