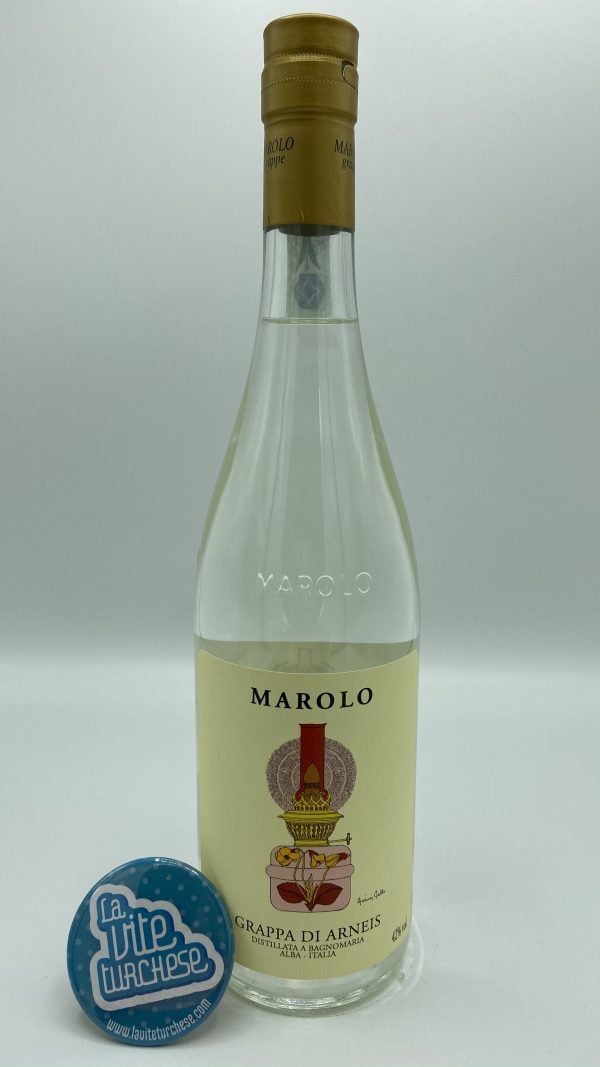 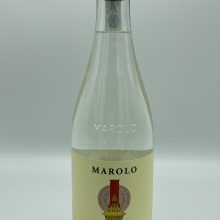 Marolo is one of the most niche distilleries in Italy. It was born in 1977 in a hamlet of Alba, when Paolo Marolo, formerly a herbalist teacher at the oenological school of Alba, started distilling the pomace of grapes from the Langa and Roero partly out of passion and partly for fun. In a few years he creates a real quality boutique! He was one of the first to select the best pomace from the finest cellars, and to distil specific vintages and crus. The method that made it so famous was the discontinuous distillation in a bain-marie, in order to preserve every single characteristic of the grape of origin, and produce only a few thousand bottles. One of the youngest distilleries, but with unparalleled quality and product research. Niche!
Arneis grappa is fabulous and for all mouths. It is a white grappa where the pomace of the Arneis white grape variety is used, the most typical and representative of the Roero and Langa. It is very delicate, the nose plays with pear and white flower aromas, while in the mouth it is soft and rather fine .. very pleasant to taste!

Productive Notes: discontinuous distillation with the pomace of Arneis. Aging in steel tanks.